Are You Hired or Called? 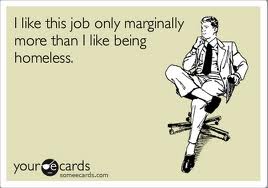 Regardless of the job at hand, there is a drastic difference between those who are hired to do something versus those who feel called by God to do that same thing. I’ve often said, “Many are hired, but few are called.”Not everything is for everyone. Here are some things that separate the hired from the called.

Hired men LONG FOR A NEW JOB. Called men CAN’T IMAGINE ANYTHING ELSE.

Hired men SEE ONLY THE CLOCK. Called men SEE ALL THE LIVES TOUCHED.

All of This is not meant to make you quit your job or feel bad about your profession. What position you hold and what job title you have does not define you as a person. There is a drastic difference between a hired hand and a God called man. For those who feel called to do anything in this life you know exactly what I mean. Your calling is often that thing you would do whether paid or not paid. Not because anybody makes you, but because you feel called to.

My friends, I wholeheartedly believe God has called us each to do something of significance. Its not our job to create that call, but instead embrace God’s call on our life. Its through that embrace that we discover our God given potential.